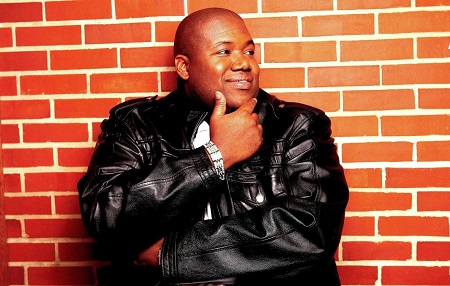 Michael Trotter Jr. (born March 15, 1982) is an American business man, songwriter, recording artist, author, and inspirational speaker. In 1996, he won Washington DC’s Futurefest Singing Competition hosted by former mayor Marion Barry. From there, Trotter joined the military where he served valiantly in Iraq from 2003-2007. In 2005, he won the Baumholder, Germany “Military Idol” award, judged by American Idol’s voice coach Debra Bryd, ACM’s award-winning vocalist Mark Wills and legendary recording artist Michael Peterson. In 2012, he featured on Hope Channel’s My Story, My Song where he both sang as a solo artist and shared his story about his time at war. In 2013, Trotter received Congressional Recognition from the House of Representatives and was presented an award from Congress presented by Rep. Donna Edwards.

Michael and his talented wife, Tanya Blount Trotter started their own record label and artist development company called “Red Stream Music.” Realizing their love for the arts, singing and each other, they created “The War and Treaty.” A band combining keyboards, cello, guitar, mandolin, and drums with their soulful vocals is an out of this World experience to all who share in their love of music……Listen to their “stories” and you too shall have your own “Story.”